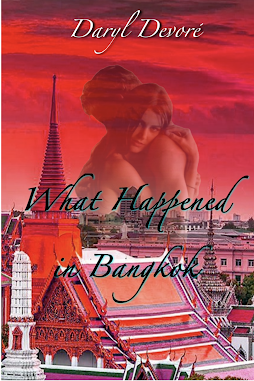 Opening Scene
Adult language and content
Droplets of blood seeped from Darien's wolf tattoo, mesmerizing him. They trickled over the inside of his bicep, splattering against the bar floor.

Darien ran his hand back through his hair and frowned. Why was the wolf bleeding? It was supposed to look sexy. Turn chicks on. Not bleed. He blinked as a thought formed. Maybe it wasn't the tattoo. Could he be bleeding? He didn't remember getting hurt. But that might be because he'd had too many vodka shots.

An order snapped out in Thai ripped his focus away from the cost of the booze.

Stumbling with the translation, his gut clenched - Check everyone. Anybody alive. Kill them.

That'd be one of the hookers. Damn. Hope it wasn't the one with the butterfly tattoo above her clit. She had a mouth on her that performed miracles. Dude! What the fuck! Must be the vodka talking. Stay focused. There are guys with guns out there.

Darien stretched his neck out and peered around the edge of the bar. In his line of vision, a male leg stuck out from under a table. Expensive looking shoe. Presumably Italian leather. Probably belonged to Nai Jâhng.

Darien raised his eyebrows. Wow. Somebody had the balls to kill a Triad boss.

He shifted his glance. A few feet to the left lay a female arm with brilliant orange fingernails. He shivered at the memory of those nails grazing his balls. He focused on a tiny object a foot in front of him. Shards of glass were scattered about. He frowned, trying to remember what happened. He'd walked behind the private club's bar to get another bottle of vodka when, one by one, bottles started exploding. Next thing he knew, he was on the floor, looking at the blood dripping from his tattoo. He glanced at his arm. The bleeding had stopped.

Okay, so he wasn't gonna bleed to death. Good. Now he just had to get his dumbass outta there. Past them. The guys with the guns. How the fuck could he do that?

Voices interrupted his thoughts. The tones were panicked or angry, and the words too fast for him to translate, although he understood the meaning of the three rapid gunshots, followed by a short groan. The door at the opposite end of the bar, leading to the kitchen, swooshed as someone pushed it open.

Gunfire and screams sounded from the kitchen. The door swung open again. Darien translated the shooter's words, "Nobody alive in there. I'll check the offices upstairs."

Darien slid back, trying not to disturb the glass. He did his best not to yelp when a sharp edge sliced through the skin on his knee. With deliberate movements, he backtracked the length of the Black Dragon's bar. Squatting, he peeked around the end.

Three men stood with their backs to him, dressed in black pants and muscle shirts. Each one held an assault rifle. A bleeding sun tattoo visible on one attacker's shoulder. Daeng Arthit Triad. Not good. So not good.

He looked forward. The kitchen door was six feet away. Six feet of wide-open, easily visible space. It might as well be six inches or a mile. He couldn't risk it. Wouldn't. He didn't want to get shot. 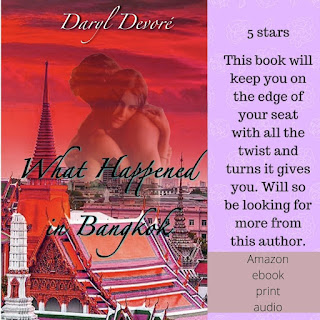