My Books. My Blog. My Post. Time to meet the hero from the first book in Daryl Devore's duology - Hot and Hotter #hot #romance #hero #crash #duology 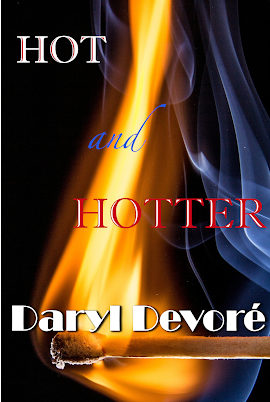 This excerpt is from the first of the two books in this duology – Brace For Impact – a hot tropical crash romance. The plane has crashed. Now we meet our hero.

Guy gripped his fingers around the flight attendant's upper arm and pulled with all his strength. The damn evacuation chute pinned her. He knelt and tucked his hand under her head, lifting her face above the seawater. Water streamed down her cheeks. He brushed it away. Her name tag attached to the lanyard floated on the surface. He held it close to his face and peered at it in the darkness. Lori.

She coughed. Good. Still alive. Then she vomited seawater. He leaned back and tugged at her. God damn security rules. If I had a knife… He peered through the inky blackness toward the aft galley, then shook his head. He'd have to let her head submerge if he was going to search for anything sharp to slice through the thick material.

Desperation clouded his thoughts. What should he do? He wouldn't let her die. He'd seen enough senseless deaths. He hoisted her as high out of the water as he could, then snaked his arm around her and grabbed. Boob? Will have to remember to apologize later.

He leaned against the chute and pushed into it. It gave a little. She moved a smidge. Encouraged, he shoved forward and tugged at her. She stayed. The plane rocked. His feet slipped. His ribs crushed against the armrest of the aisle seat.

Merde. He pushed to standing and braced himself.

Guy peered toward the sound of the voice. The man who'd sat two rows ahead worked his way past him. He was the size of an NFL linebacker. "Ready?"

"Ready." Struggling around the bulk of the life vest, Guy wrapped his arms around the flight attendant's upper body.

"Pull!" The man grunted as he heaved into the chute. He stumbled back. "Damn. Ready?"

"Yup." Guy tightened his grip and leaned back, lifting the flight attendant's face higher from the sloshing water.

Guy's jaw clenched as he tugged, trying to release Lori from the death grip of the chute.

"Argh!" His strained voice filled the aft of the cabin.

When Guy felt the pressure ease, he hauled back with all his force. Lori popped out like a newborn baby. Her weight threw him off balance, and he landed flat on his backpack, splashing through the chair deep seawater. She floated up.

A hand gripped his shirt, jerking him upward. "I gotcha. Ain't losing her after I just rescued her." The man's breathing was laboured.

Spitting out water, Guy got his feet under him. "Thanks, man. I got her. You get out of here." He shifted his backpack, then lifted Lori over his shoulder. Not lady like, but efficient in a narrow aisle. He sloshed through the water, stretching one hand from seat back to seat back, leading himself out of the plane.

The plane shuttered. The tail dropped. The man before him stumbled back, grabbed at a seat, missed and tumbled down, taking Guy and flight attendant with him.

Water filled Guy's eyes and mouth. His heart pounded in his throat. He kicked against the man and freed his leg. Struggling with the weight of the attendant, he stood, flipped her over his shoulder and reached down to help his rescuer. He tugged at the man's collar. The man bobbed on the water. Guy frowned. He hauled the man upright and leaned him against a chair. The water rose to his mid-chest. "I'll be right back."

Stumbling, Guy worked his way around the man and to the aft wing emergency exit.

"Give her here," a voice called out. Guy slipped Lori off his shoulder and handed her to a flight attendant at the exit. He turned. The man grabbed his arm. "No. Don't go back. She's gonna sink. Any second. Get yourself out."

"No. There's a man… back there. He pulled me out of the water." Guy half swam, half walked back through the dark.

Holding on to the armrests and chair backs with his left hand, he swung his right hand out before him, searching for his rescuer. His hand touched a cold cheek. He flinched. No. Don't be dead. He knelt next to the man, placed a hand on his neck and waited. No pulse. Tabarnac.

He tugged at the body, unwedging it from between the seats. It floated. He gripped the collar and led it down the aisle. At the exit, the attendant stared past Guy. "Is he..?"

"Leave him here. There's a doctor looking after the… injured.  I'll see to—"

The earsplitting screech of metal being ripped filled the cabin. A wave sloshed water into the plane. Guy swung his backpack to his chest, wrapped his arms around it and jumped on the evacuation chute.

Some like it hot… others like it HOTTER!  Daryl Devoré has done it again, pairing two of her smoking hot romances into one smouldering book.

What could be simpler than a routine plane trip from Toronto, Canada to Caracas, Venezuela for a rookie flight attendant and a sexy R.C.M.P. officer?

But Fate had other intentions.

After leaving a disastrous marriage, Paix Allcot begins a new career as a flight attendant. First time in her dream job, she is no longer a trainee and the passengers in economy class are under her care. Especially the handsome passenger seated in 36C.

Guy Lapierre, undercover officer, is following a vicious human-trafficker. He has little time for relationships. Too many innocent lives are at stake. Stranded on a tropical island, he is forced to work with Paix to survive until he makes a relationship destroying discovery.

Can a pink bra and a hot night on the side of a volcano save the relationship and their lives?

What's a woman to do when a voice follows her home and makes mad, passionate love to her?

Corporate businesswoman, Capricious Gray, is dragged to a sex toy convention by her best friend. After a mysterious disembodied voice helps her with her purchases, it follows her home. Passion ensues, leaving Capri torn between lust for her fantasy lover and the desperate need for reality in her life.

Thall, son of one of the Fates, harbours the irrepressible need to be with the woman he's desired from afar for years. In order to make her his, once and for all, he must help Capri get past her fears, including the fear of what he represents - a fantasy.

Can fantasy become a reality for these two lovers? 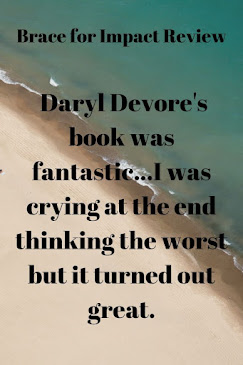 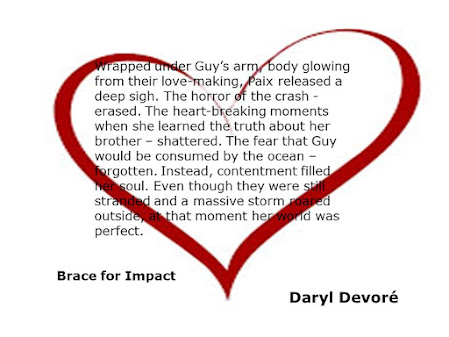 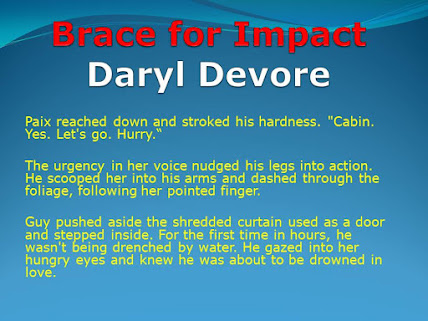