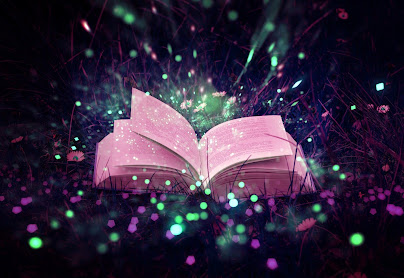 An on-line writers’ group I belong to does a monthly story inspired by either word or photo – or both – prompts. The rules are simple – maximum 1,000 words - use at least one prompt - keep it family friendly.

Here is my prompt for April and my flashette. 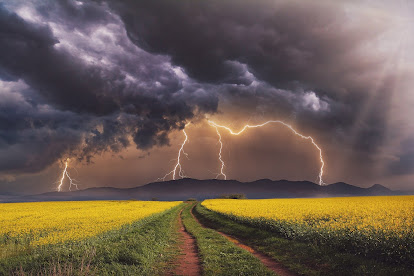 The Gods were angry. Lightning ripped across the sky. Thunder shook the earth.

Thais rolled the sacred, white stone in her hand, pondering what to do to appease them. She did not wish to perform another sacrifice – beautiful, young, virgins were becoming scarce.

In days of old, it was an honour to be slain for the good of all. But the maidens of today… she shook her head. Their parents spoilt them.

The young citizens worshipped a false goddess who preached ecstasy and gratification while eschewing drudgery or responsibility.

Their parents moaned about the wine merchants bills that regularly needed paying. Others complained about the late-night chariot races through the streets, disturbing the slumber of respectable citizens.

The stone slipped from Thais’s hand and landed with a sharp thunk on her foot. Picking it up, she pressed into her palm, placed her hands together and blew on it. Maybe the heat of her breath would awaken the stone and provide her with an answer. It was her responsibility to protect the people from the angers of the gods. What they would do to her, if she failed. Again.

She opened her hands, cupping the stone in one palm. No answer came to her. Was the rock empty? Had she used up all of its sacredness? How could it abandon her like this?

A gust of wind rattled her robe. She shivered from the chill. Another crack of thunder. Would the sky open and cry down a flood? The last had killed many. Ruined crops. Drowned livestock. Destroyed homes. The villagers had been angry with her. They said she had failed as the High Priestess. Why should they provide her food and drink if she could not protect them?

She calmed them with the hope that the white rock would speak to the gods and protect them. Now it lay in her hand – silent.

Thais sighed. Maybe it was time to move on to another village. To new people ignorant of reality and willing to believe the lies she spoke. She had been here many seasons. Maybe, too many. Yes, time to move on.

Content with her decision, she tossed the sacred stone on the ground then walked up the path to her home.

One lone bolt of lightning flashed downwards. Thais was never heard of again.