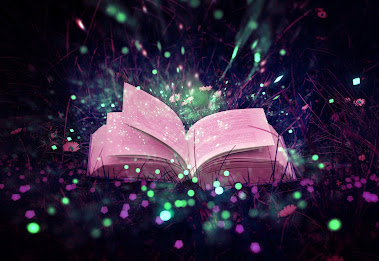 I belong to a local - in person - writers group that now meets via email once a month. We receive an email with prompts and we write a short story - 750 words. The Christmas topic is usually left open, but the leader of the group did mention the word - ghost. I like to go off in another direction with these short stories - I write sweet or hot romances and this gives me a chance to spread my wings.

I,also, belong to an online critique group and I post prompts to encourage the members to write a short story to be posted for everyone's enjoyment. Well, this month - both groups sort of came together. I could use the prompt created story in both groups. Win/Win!!

So without further ado - my December Flashette

“Twas the night before Christmas and—”

“Yea. Yea. We know the poem. Not a Creature was stirring.”

Grandpa Harrison looked at his two grandsons, sitting at his feet. “As I was saying, twas the night before Christmas and my brother, Hayes, was walking home. He’d been tobogganing with his friends. And that’s the last anyone ever saw of him.” He sipped his hot chocolate. A bit of marshmallow stuck to his moustache. “A storm had blown in, whipping the snow about. The county pulled the plows off the roads. Everyone was to hunker down until it blew itself out.”

“So, just like tonight.” Jason nodded towards the snow-covered front window. “We were tobogganing this afternoon and Dad got stuck in the snowdrift up the road. The snow was this deep.” He waved his hand above his head.

The wind whistled through the trees, howling like a forlorn spirit.

Grandpa continued, “It was a sad Christmas. The townsfolk hunted and hunted. He wasn’t found until spring.”

“How did he die?” Jackson was always the curious one.

“His heart had been ripped out.”

“You mean like… ripped out.” Jackson matched his movement to his words.

Jason inched closer to his brother. “Did a cougar get ‘im?”

“No, you doofus.” Jackson pushed his brother. “A cougar’s claws would have—”

The crack of a tree snapping was followed by the flicker of the lights then darkness. Not total darkness. An emergency light cast a spot on the carpet. Jason gripped his brother’s arm. When would their dad return? It was only a short run across the field to home to get the snowmobile.

A light shimmered to Jason’s right. Was the power returning? The light grew— not brighter—but larger. A face appeared. The mouth moved, but no words were heard.

The third time it emitted one word, “Run!”

Jason raced to the front door but didn’t stop soon enough. He smashed his nose on the wooden frame. Pain exploded in his head as stars seemed to fly by. He wrapped his hands around the doorknob and pulled. It didn’t budge. Scrambling his hands up and down the doorframe, Jason struggled to find the latch.

A hand grabbed his shoulder. “Doofus, what’re you doing? Stop acting like such a dumbhead.” His brother’s voice filled his ears.

“No. It said run. We gotta get out of here.” He yanked at the door, willing it to open.

“What said run?” Jackson spun his brother around.

“Didn’t you see it? The light? The voice?” Jason looked from his brother to his grandfather. Both shook their heads. “How could you miss it? It came from over there.” He pointed to the archway.

His grandpa tugged his arm. “Sit down. We have to continue the ritual.”

Jason moved one step. “What ritual?”

Jackson pulled his brother to the centre of the room. “It’s a family tradition and now it’s our turn. Sit.”

“Ok. Shall I tell it, Grandpa?” Jackson received a grunt for a reply. “Our family always has twin boys. Grandpa Harrison and his brother, Hayes.”

“Now,” Jackson punched Jason’s arm. “It’s Christmas Eve and there’s you and me.” He grinned. “Me and dumbass you.”

The trembling started in his ankles and shot up his legs. Jason didn’t want to hear this. The bright shape from the hallway moved forward. It waved an arm, beckoning him to come closer.

Jason looked at his brother. How could he not see the form?

He blinked. Whatever was in his brother’s hand reflected the light into his eyes.

Jason raced to the hallway and followed the form to the backdoor. It opened as his dad stepped in.

“Help! Jackson has a knife. I think…” He clung to his father’s side.

The light took on full human form, except in the middle of the chest was a large hole. “Run! Live!”

Another white form materialized. A hole between his eyes. “Go. We will end this. Do not look back.”

His dad grabbed him then raced towards the snowmobile. It would be a frigid ride home without his winter jacket.

The force of the explosion rocked the fleeing snowmobile.

Glancing back at the burning house, Jason stifled a laugh. The ritual had been fulfilled. 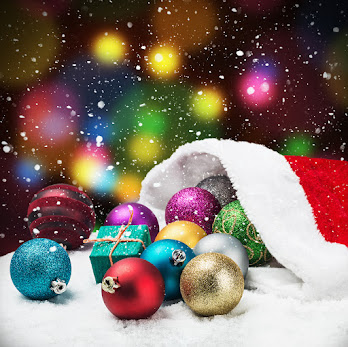