Erik reached the neon wigged girl as Puii, the bouncer, grabbed the other. What Happened in Bangkok on Book Hooks #MFRWhooks #MFRWAuthor #hotread

Today, I am showcasing a snippet from Book 1 of my Rock Star Trilogy – What Happened in Bangkok.

Scene Set – Erika, owner/manager, of a drag queen club in Bangkok, Thailand is having just another night in the club. 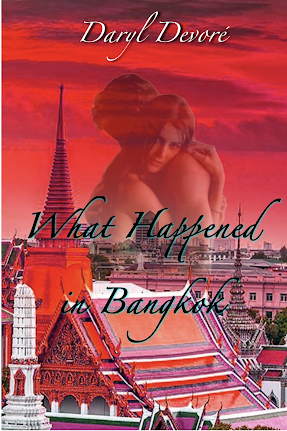 Having recovered from her hissy fit, Shangri-Lay strutted onto the stage in six-inch stilettos and a liquid black coloured gown, slit to his… Erik shook her head… slit to her hip.

So not fair. Look at the ass on that guy. I could sink my teeth into that and never let go. A tingle prickled between her legs. I'm fantasizing about a drag queen. I so have to find a guy.

Erik stood near the back, watching as Shangri-Lay played the crowd. When the next act was announced, three drag queens strutted across the stage, sporting large hair and long, silver sequined gowns. The Diana Ross and the Supremes routine. She rubbed her neck. Cher would be next. Then probably Madonna. No. Brian wasn't here tonight. His night off. In an unusual move for him, he'd crawled into her office, on his knees, in a drag queen's overly dramatic way, begging for Thursday night off. Something about someone named Alonzo. Great. Brian has a date. Alonzo has a date. Most of the people here are on dates. Why can't I get a date?

A shrill screech to her right made Erik turn in time to watch the contents of a drink fly over a table and land on a red, infuriated face. The owner of the face bolted up and threw herself across the table. Erik recognized both as local prostitutes. Bitch fight. Never a good thing.

Mumbling an apology as she pushed several people aside, Erik hurried to the fight.

"He's mine, you fuckin' bitch." The neon orange wigged girl grabbed the other by the hair.

"Ah." The other screeched as her bright red wig was ripped from her head. She reached out with lacquered claws, slashing at her attacker's face.

Erik reached the neon wigged girl as Puii, the bouncer, grabbed the other. Separating them was like trying to pull Velcro apart.

Puii picked his fighter up, hoisting her over his shoulder. The man could lift a truck. Erik yelped as an elbow smashed into her chin. Crap! She'd grabbed the bigger and angrier girl.

Patrons moved aside to avoid the girl's flaying arms and legs.

Erik fumbled, but wrapped her fingers around the girl's wrist and twisted it up behind her back. "Stop wiggling." She jerked the wrist harder. "Just go that way." She propelled the hooker toward the back entrance.

Puii held the door open. His package stood in the alley. With a quick shove, Erik released the other girl. "I've had it with you two. You're banned from here for a month."

He jerked the door shut with a bang, cutting off the stream of vulgar four-letter words. "You're bleeding." He pointed at her.

Erik touched her chin, then looked at the red on the tip of her finger. "Damn."

In the quiet of her office, Erik checked her face in her bathroom mirror. Just a small nick on the edge of her chin. The years of sore muscles from martial arts classes were paying off. Ironically, she'd expected to use the skills defending herself from a rape attack, not for tossing drunk hookers out of her club. She poured rubbing alcohol on a cloth and dabbed at the cut, hissing when the liquid burned. Unwrapping a small butterfly bandage, she placed it over the cut, then admired her handiwork.

Resuming her post at the back of the club, she heaved a sigh. The show will go on. Shangri-Lay was back on stage, doing her job. The servers and bartenders kept everyone well supplied with drinks. The fight already a distant memory.

Puii strode in, worry etched his face. "Just got a text from Chaylos over at the Two-Headed Serpent. Somebody hit the Black Dragon. Killed everybody." 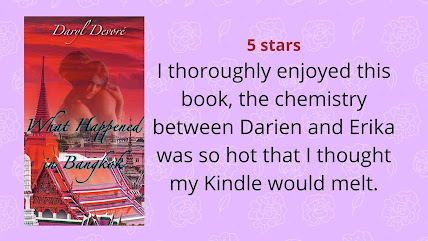