Today, I am showcasing a cover reveal and a title reveal for my soon to be re-released book 1 in my rock star trilogy. 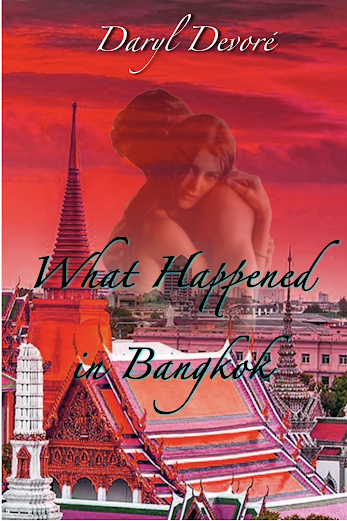 I loved this story. From the very beginning I was on the edge of my seat until I finished it several hours later. I couldn't put the book down. I needed to know what was going to happen to Darien and Erika next. Fast paced from the first word and with several surprises I'd highly recommend this book.

This book got me hooked from the opening line with Darien puzzling as to why blood was seeping from his wolf tattoo. The chemistry between Darien and Erika sizzles from the first time they meet, even though she’s no idea who he is, nor the fact that he’s actually straight.

What I loved about this book was that it isn’t just about Darien and Erika. A whole cast of characters are vividly brought to life and though I didn’t like them all, particularly Gan I seriously wanted to gag whenever he appeared, they added another dimension to the story.

The action is fast paced, there are enough twists and turns in the plot to keep you guessing and the romance was hot. A great read, especially if you love stories in exotic locations.

What happens in Bangkok is the first book I have read from this author and i highly recommend it. I couldn't put it down was captured from the first to the last page. This book will keep you on the edge of your seat with all the twist and turns it gives you. Will so be looking for more from this author.

I thoroughly enjoyed this book, the chemistry between Darien and Erika was so hot that I thought my kindle would melt! I look forward to reading more from this author.

I picked up this book because the premise sounded unique. A drag club owner and her employee falling in love? Sounded like a new one to me. I didn’t really know what to expect when I started reading. What I got pleasantly surprised me.

Darien is about as alpha as you can get. A Grammy winning rock star who just finished a tour and is looking to blow off some steam partying in Thailand. Unfortunately, some gangsters come calling, at the club he is at and kills everyone in the place. He miraculously escapes the club, but the gangsters (who think he can identify them) relentlessly hunt him, leaving a trail of dead bodies behind. In his time of need, Darien calls on his brother Brian for help. Brian works at a drag club, and comes up with the idea of hiding Darien at work. After a “makeover,” broody dark-haired Darien becomes the blond god Apollo, newest member of the Pink Flamingo’s cast.

Erika never imagined she would be managing a drag club in Bangkok, but here she is. She likes her new life, even though she doesn’t meet many eligible candidates in her line of work. Apollo seems different, though. She doesn’t want to be attracted to the drag queen, thinking she has no chance. Little does she know what he is as attracted to her as she is to him.

This book somehow reminded me a bit of the opening scene of “Indiana Jones and the Temple of Doom” mixed with “the Birdcage”.  Darien was hilarious trying to fit into a world so different from what he was used to. Erika was smart and sassy. I loved Brian, Darien’s brother and fairy godmother. The other performers were hilarious, too.

Some of my favorite quotes:

Darien: “How’d you get so good at this covert, spy, hidden identity stuff?”

Brian: “Watched a lot of Bond movies. They are so hot. Daniel Craig. Oh. My. God!”

Darien: “I never knew being a queen was so much work”

Brian slapped his shoulder. ” We haven’t even got to the makeup  yet.”

Darien: Happily-ever-afters only happened in those annoying chick flicks and love ballads he wrote.

Without a dull minute in its pages this story this book takes you on a journey that does not let up. The intensity between the two main characters will capture your attention and hold it till the end. These two had chemistry from the beginning till the end. These two will jump off the pages and will draw you into their web. I was really taken on the rollercoaster that was their love life. The intensity of their emotions and the ride they went through. The lies, deceit, and drama was so worth it in the end.

I would really recommend this book because it was really good. Devote (Devore) gave a great story that made you fall in love with the characters while they fell in love and in each other. I would say I would read this story again in a heartbeat. Nothing says love like a little drama, love, and passion. So, if you're looking for something different this is the one for you.