So all we have to do is find the wolf. And I think I know who it is? Capturing His Heart on #MFRWhooks #MFRWAuthor #hotread #medievalromance #twisted_fairytale

Today, I am showcasing a snippet from my latest release – Capturing His Heart. This is a scene from the first book in this duology - Dark Chocolate and Strawberries – where Red and Chopper are on a cruise ship.She was asleep on  deck chair and he woke her up. 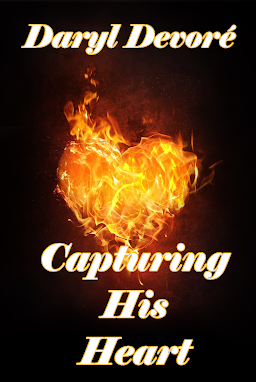 He jumped up. “Ok, now that you're awake, I just have to tell you. This song popped into my head and it's driving me crazy.”

Red dropped her tablet into her beach bag and waited for him to continue.

“It's the Red Riding Hood song. I think Sam the Sham and the Prophets sang it. It's like from like the mid-sixties.”

She shook her head. “Sam the Sham and the Pharaohs. And it took you long enough to get there. Most people start cracking jokes within minutes of hearing my name.”

“I wasn't focused yesterday. But today, I'm Michael Jackson!” He stepped right and left and snapped his fingers.

You sure are looking good.

You're everything that a big, bad wolf could want.”

He spun around and posed, one arm at his crotch and flung the other up in the air. “Owooooooo!”

Trying to keep a straight face, Red asked, “You aren't going to send in an application for that dance show thing, right?”

“What, you don't like my dancin'?” He shook his knees in and out and flapped his arms like a chicken, then made two-handed stirring motions, like he was in front of a large cauldron. “Why are you laughing? I'm just getting started.” He leaned forward and jerked up his right hand. “It's called the lawn mower. But, if you do it this way…” He straightened and repeated the pulling motion. “Then it's the chainsaw. Oh. Oh. And now for the big finale. The Moonwalk.”

He slid his right foot back and popped his left heel, then slid that foot back. Red had to admit he did a good version of Michael's famous move – until he backed into the waiter and knocked a tray of drinks onto the passengers seated near her.

Trying to catch her breath, Red watched him try to apologize and help wipe the drinks off the annoyed couple. After the waiter told him, for the sixth time, that he could deal with the situation, Chopper took the hint and sat next to Red. “What I came over to ask was, there's a Tango class in about ten minutes and I've always wanted to learn it.” In his best Antonio Banderas imitation, he said, “It is the dance of love.”

Trying to catch her breath, Red managed to gasp out, “Do you think it's safe?”

“For who?” There was a hint of suspicion in his voice.

“I promise I won't step on your feet more than five, eight, ten times tops. Please don't make me beg. I don't want to be some grandmother's tango partner.”

She stood, held his hand and said, “I'm all yours.”

Thirty minutes later class was over and Chopper had only stepped on her toes seven times, moved in the wrong direction countless times, bumped into other couples five times and had been on the actual beat – once – by accident.

She exaggeratedly limped in the direction of the nearest bar and sat on a stool. “I'll have a Slow Screw.”

“And I'll have a One Night's Stand.” He settled on the stool next to her. “So, to continue my Red Riding Hood theme—”

“You aren't going to sing again?”

“I might. Obviously, you're Red Riding Hood. I'm the woodsman, which is funny because that's my name.”

“This is me laughing.” She took her drink from the bartender and had a sip. “Mmm.”

“Your grandmother's here, so all we have to do is find the wolf. And I think I know who it is?”

Daryl Devoré has bundled two of her hot romances into a duology. A hot twisted fairy and a hotter medieval romance combined in Capturing His Heart.

On board, she meets Andrew Woodsman and Willem Olf. One a cutie with the biggest puppy eyes and the other - dark and sophisticated. Even with her grandmother's words ringing in Red's ears - Never trust a wolf in sheep's clothing - Red has trouble choosing which man is the big bad wolf and which is her happily ever after.

The noblewoman chosen to be Prince Malacke’s bride rejects him by bedding his hated rival. Malacke turns his anger towards increasing the power and wealth of Black Dorn castle. And he succeeds, until his attention is captured by the face of the woman who will be his queen.

BookSprout for a read and review - https://booksprout.co/arc/59019/capturing-his-heart