I was sent here by my mother to babysit my grandmother. Twisted fairytale - Capturing his Heart on BookHooks #MFRWhooks #MFRWAuthor #hotread #medievalromance #twisted_fairytale

Apologies - I disappeared for several weeks. Forgot to post one week then life got in the way, but I'm back.

Today, I am showcasing a snippet from my latest release – Capturing His Heart 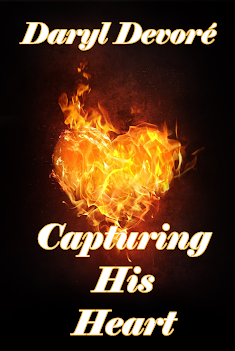 Chopper picked up his beer bottle and held it out to Red. “To my first cruise.”

“To no icebergs in the Caribbean.” They clinked bottles in salute.

In an effort to silence her rumbling stomach, Red wolfed down several fries then picked up her cheeseburger and took a large bite. She munched away, sarcastically admiring her view of the lifeboat. Holding a French fry, she used it to point at her lunch mate. “So how did you get named Chopper? Fly helicopters?”

He swallowed a bite of hamburger. “Remember my name is Andrew Woodsman.”

Red nodded and took a sip of beer.

“Woodsman. Lumber jack. Man who chops down trees.” He made the motion of swinging an axe.

“Oh, I get it. Guess Chopper is better than Lumberjack.”

He pointed at her. “And taking a wild stab, you're called Red because of your hair.”

“Not much gets past you.”

“Red Hood, what do you do for a living?”

“If you think that's exciting, you must have no life.” Finished with her lunch, Red wiped her mouth and placed the napkin on the plate. “What does Chopper Woodsman do?”

“Sixth grade teacher in an all boys school.”

He laughed so hard his beer sprayed from his mouth.

The waiter walked up. “Can I get anything else for you?” Both shook their heads.

“I'll sign for the beers and tip,” said Red. Chopper was about to protest when she stopped him with a smile. “In honor of your first cruise, I'll buy the first beers.”

“Ok. Want to go for a walk around the deck? I've already seen a lot of the inside of the ship and the elevators, now I'd like to see the outside.”

“What, and give up our prime seats?”

“We all have to make sacrifices.” He stood, held out his hand and helped her stand. It was a warm hand, a strong one. As she held it, giddiness overcame her that put a bounce in her walk and a tingle in her pussy.

People were everywhere. Both the pool and hot tub were crowded. The tennis courts had four players on the courts and four waiting to play. There were groups of golfers at every hole of the mini-putt course and others standing in line. At the giant chess set, several people were watching while two players battled it out.

They walked up a staircase to a new level, then paused long enough at a bar to order drinks. “Too many to choose from.” Red rubbed her chin. “I think I'll try a Coco Loco with Tequila.”

Chopper's eyebrows rose. “Didn't figure you for the Tequila type. I'll have a Black and Gold Punch.”

When the drinks were placed on the bar, Chopper insisted it was his turn to pay, then he led the way back out into the sunshine. They took their drinks, sipping them, as they continued to explore the various decks.

Standing in the shade, leaning on a railing overlooking a pool, water slide, hot tub and rock climbing wall, Red asked, “Why are you on this cruise?”

“Last minute booking. Cheap rate. Cheap is affordable on my salary.” He gazed out at the gulf. “I was looking for a change. Something completely different from an all boys private school. How about you?”

“I was sent here by my mother to babysit my grandmother.”

Chopper pointed out to the crowd of passengers either swimming or lounging in the sun. “So, which of the sweet, little, old ladies is she?”

Red pointed. “That one. The one at the top of the rock climbing wall.”

Daryl Devoré has bundled two of her hot romances into a duology. A hot twisted fairy and a hotter medieval romance combined in Capturing His Heart.

On board, she meets Andrew Woodsman and Willem Olf. One a cutie with the biggest puppy eyes and the other - dark and sophisticated. Even with her grandmother's words ringing in Red's ears - Never trust a wolf in sheep's clothing - Red has trouble choosing which man is the big bad wolf and which is her happily ever after.

The noblewoman chosen to be Prince Malacke’s bride rejects him by bedding his hated rival. Malacke turns his anger towards increasing the power and wealth of Black Dorn castle. And he succeeds, until his attention is captured by the face of the woman who will be his queen.

BookSprout for a read and review - https://booksprout.co/arc/59019/capturing-his-heart 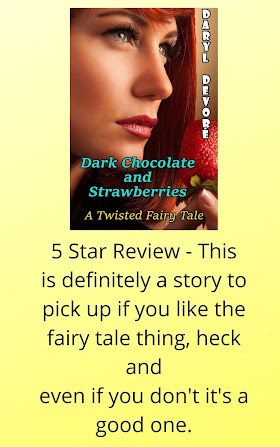 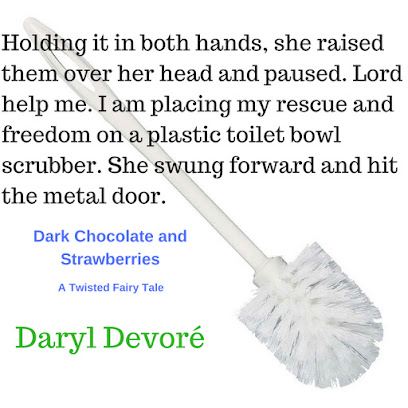