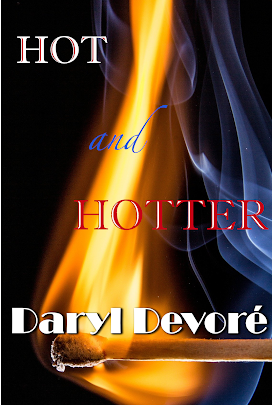 Some like it hot… others like it HOTTER!  Daryl Devoré has done it again, pairing two of her smoking hot romances into one smouldering book.

What could be simpler than a routine plane trip from Toronto, Canada to Caracas, Venezuela for a rookie flight attendant and a sexy R.C.M.P. officer?

But Fate had other intentions.

After leaving a disastrous marriage, Paix Allcot begins a new career as a flight attendant. First time in her dream job, she is no longer a trainee and the passengers in economy class are under her care. Especially the handsome passenger seated in 36C.

Guy Lapierre, undercover officer, is following a vicious human-trafficker. He has little time for relationships. Too many innocent lives are at stake. Stranded on a tropical island, he is forced to work with Paix to survive until he makes a relationship destroying discovery.

Can a pink bra and a hot night on the side of a volcano save the relationship and their lives?

What's a woman to do when a voice follows her home and makes mad, passionate love to her?

Corporate businesswoman, Capricious Gray, is dragged to a sex toy convention by her best friend. After a mysterious disembodied voice helps her with her purchases, it follows her home. Passion ensues, leaving Capri torn between lust for her fantasy lover and the desperate need for reality in her life.

Thall, son of one of the Fates, harbours the irrepressible need to be with the woman he's desired from afar for years. In order to make her his, once and for all, he must help Capri get past her fears, including the fear of what he represents - a fantasy.

Can fantasy become a reality for these two lovers? 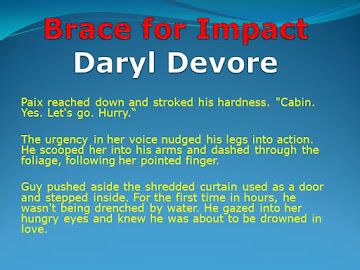 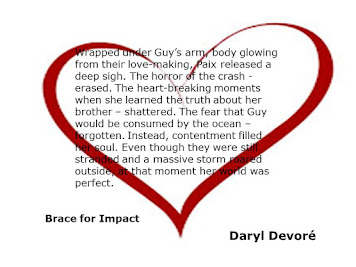 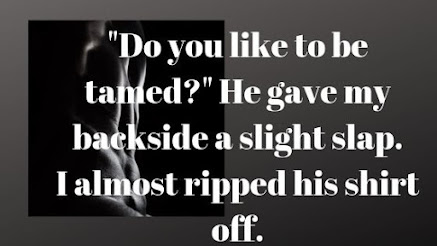