How did Fiona McGier pick the 4 titles for her Minnesota Romance series. Well, read this blog post and find out. #series #romance 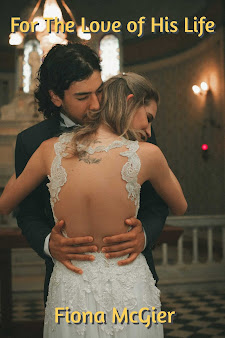 How do you choose the titles for your books? Let me tell you about my Minnesota Romances titles. Yes, I know, most people don't think of Minnesota when they think of romance. They usually think of someplace warm and exotic--like maybe Hawaii? But as an avid camper, who lives in the Chicagoland area, my favorite direction to head for relaxation is always north.

We've camped in most of the state parks in Minnesota, but our most recent favorite place to to is Grand Marais, a small tourist town on the northern coast of Lake Superior. It's known for its arts scene, and inviting restaurants and hotels, as well as the beaches on both sides of the peninsula. But if you head north along the Gunflint Trail, you will find lots of smaller lakes, many with resorts and federal campgrounds. After we camped up there once, that became our favorite destination.

Once when we were driving home, leaving my favorite places, I teared up, because I didn't want to leave. I started thinking that if you fell in love with a local person, you would have a reason to move up there permanently. And that was the start of my Minnesota Romances, where the scenery is almost like one of the characters. All four of my Minnesota Romances have puns in their titles.

Book one, For the Love of His Life, is  about the action movie star who's addicted to life in the fast lane. He's well-known for being a drug-addicted player. But when he gets the part in an indie movie that will be set in Grand Marais, the director bails him out of jail for DUI, then sends him up to stay at a resort owned by his family, where his cousin Veronica will whip the bad boy into shape to play an outdoorsman. Along the way, Raul falls in love for the first time in his life, so Veronica is the love of his life. But also, if he stays on the fast track, he'll probably die young. So getting off of it saves his life. 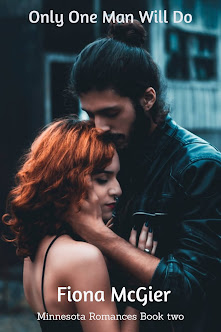 Book two  is Only One Man Will Do. The red-haired biker queen that threatens Raul in one scene in the first book, gets a visit from an ex-KGB agent sent by his cousin Ivan, a resort owner that got to know Raul when he was making the movie. The biker babe has sex with all of the men in her gang, but Dmitri is something different--a man who intrigues her. He decides to convince her that she doesn't need any more men than him. So not only will only one man do, it has to be him. 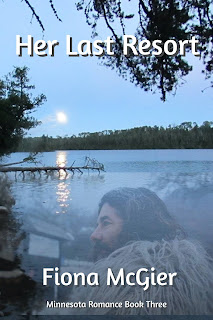 Book three is Her Last Resort. The actress who starred with Raul in the indie movie from the first book, wants to spend time getting to know her mother. Her parents divorced when she was little, and her mom was an agent with the CIA for thirty years. She invites her mother to stay with her at a resort owned Ivan. But her mom, Stella, is being hunted by someone who keeps sending people after her. She's retired and wants to enjoy being a civilian. When she and Ivan start to fall in love, he offers to help her with finding out who is sending killers after her. He is her last resort, as to who can help her. Plus she decides to stay with him, so his is the last resort she'll ever stay at. 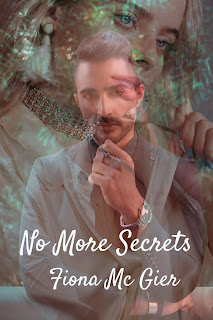 Book four is No More Secrets. Kelly is the heroine here, as she falls for a man who is actually an agent working undercover, to bring down a drug lord in Colombia, where Kelly is making another movie with the indie director, starring Raul and her. She has secrets she keeps from him, and he has secrets he keeps from her. Only by sharing them with each other, can they find their HEA.

Find out more about these books at my webite, or on my Smashwords page for the series. They're all available on Smashwords and at many other places.

Note: each of the books has a Books2Read link, available on my website, so you can choose your favorite retail outlet.