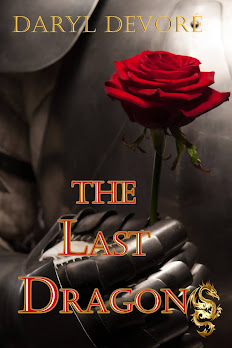 Scene Set - Derry was up early and out searching for berries for breakfast when she found an injured stranger. Having healing powers, she healed him. Some of the menfolk arrived and were discussing how the stranger had gotten there.

The pounding of a horse's hooves silenced the group. They made a gap and allowed Hueline Ketel, the sheriff, to enter. He dismounted and stood next to the wool merchant. “Is he dead?”

Hueline lifted his gaze and snapped out orders. “Make a litter. Tie it to those horses. Carry him back to the village. He can stay at the….”

Abbot Jacobus wiped bits of grass from his robes. “There is room in the Infirmary.”

“He will stay with us.” Meliboeus placed his fists on his ample hips.

“To the wool merchant's then.” Ketel flicked his hand towards the village, grabbed his horse's reins, mounted and rode off across the meadow.

After lashing branches together, the men hoisted the injured man onto the litter and secured it to a horse. The owner grabbed its bridle and guided the animal back to the village.

Derry followed behind the crowd, keeping several paces behind. Father Jacobus strode next to her. With shaggy blond curls glowing like a halo, Pariset turned and smiled. As no one else recognized her existence, she cast a friendly wink at him.

At the edge of the village, the Rith sisters met the party. Fairly dancing with excitement, black-haired Ailith peered past the group. “The sheriff said there is an injured man.”

Her younger sister, Isa, motioned the man leading the horse towards their manor house. “This way. This way.”

A veil of darkness shrouded Derry as Ailith stepped in front of her and held up a hand. “No need for ye here. We can best take care of him. Ye scurry back to picking yer flowers.” She turned on her heel and ran to catch up with her sister.

28 – Spotlight - Cynthia Terelst - Get Off Your High Horse