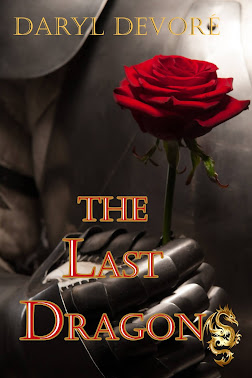 When the first ray of the morning sun crossed the sill of the little cottage's window, Derry opened her eyes. Light. She loved light. It banished the cold, foul darkness that haunted her dreams. She let out a yawn and stretched. The ancient with whom she shared the lone bed shifted and continued to snore.

Derry slid her feet over the edge of the bed and stood. Crossing the room, she picked up her skirt and blouse, dressed and while lacing her top, tiptoed to the curtained doorway. With a flick of her hand, she brushed the curtain aside and stepped into the main area of the cottage.

The sun's rays peeked around the corner of the far window, lightening the room. Derry wrapped her fingers around the woven basket handle which rested on the small eating table and exited the cottage, being careful to shut the door as not to waken the old woman. With a quick movement, she tied her headscarf to the handle, inhaled a deep breath and released it with a joyful shake of her body.

With a jubilant spring in her step, Derry hurried along the cool sand to the path leading up the side of the cliff. On one of her afternoon searches for firewood she’d noticed a patch of late summer berries. If the birds hadn't ravaged it, there would be a sweet treat for breakfast. Climbing up the low rise, she stepped onto the dewy grass. A small cloud slipped past the sun and the day awakened with a brilliant glow. The deep sounds of the village's early morning Angelus bell floated through the air.

Derry paused and looked out towards the ocean. Today it was calm with gentle rolling waves. Gulls soared overhead, their loud squawks announcing their presence. She glanced down the cliff at the little cottage nestled on a tuft of land and rocks. No smoke drifted from the chimney. The ancient was still asleep.

Turning to her task, Derry ambled along the rough path, humming and enjoying a beautiful morning. She paused. A thought niggled at the back of her mind. There was something different about the meadow. Her brow wrinkled as she looked towards the edge of the cliff and there, off to the left was a dark shape. It wasn't a rock. No large boulders rested near the brink.

Advancing with caution, she chewed her bottom lip. What evil could this be? Too small to be a dragon. Unless it was a young one.

She paused and searched the sky for an immense flying animal. No need to irritate the mother and risk death or worse. A dragon’s fire burned flesh and killed bodies. But the touch of Ayrradex’s breath caused dark evilness to fill a person's soul and neither she nor the abbot could free them from the wickedness.

The abbot, Father Jacobus, prayed for their souls to be released from their perversion, but to no avail. Derry's attempt to heal the sickness was thwarted by her being chased from the village by an angry mob. Derry shuddered at the thought of those who lived in Baswich who were dead, yet not dead.

She inched her way closer until she could distinguish the form. It was a man. She scurried over, tossed her basket behind her then dropped to her knees beside his crumpled body. His eyes were closed and his face slack. One arm lay thrust out at an odd angle and his right leg was tucked under his left. The glow of the sun’s light cast a golden sheen to his brow. Derry placed her palm on his chest.