Now it is up to love to fix what time cannot mend. Victoria Adams' Circles Interlocked #romance #trilogy #contemporary 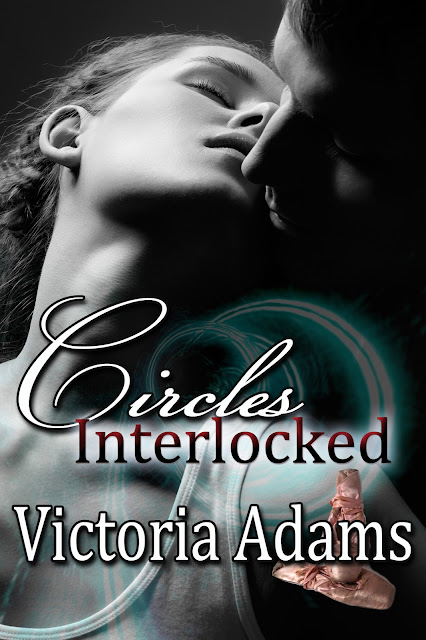 Five years - Julie hadn't seen or thought about him in all that time, and now in the middle of nowhere, he stood on the beach drying off from a swim. Droplets flew as Robert shook his hair. His black mane was shorter than the last time she saw him. The wet ends dripped water on his bare, muscular shoulders. Tricia, an old high school friend once said he had the body of a male stripper - time hadn't changed that.
Julie stepped back onto the beach path, transfixed by the sight of the one person she hated. Her repulsion and loathing of him ran so deep; she'd repressed all memories of him. She thought he'd loved her, and had taken a chance, opening up her heart and body to him. But instead of returning her love, he proved himself worthy of the gutter from which he'd crawled.
Her body said run, but her feet refused to move as she watched a long-legged, svelte, golden blonde rise from the beach chair. She trickled her fingers down his rippled stomach. His voice floated across the sand. It was a calming sound, which had brought a smile to Julie's face when he whispered words of love and passion.
Details she thought she'd long forgotten surged forward. She remembered the way his dark eyes smoldered with anger and his sly, innocent grin. His joyous laughter had made her feel the abandonment of a child frolicking in the year's first snowfall. She moved along the path, distancing herself from the lovers as the blonde undid the strings on her bathing suit top, and let it fall to the sand.
With an unexpected shiver, Julie hurried along the meandering path, and returned to the cottage, and to the man she accompanied - who was nothing like her betrayer. Vincent's sad brown eyes reminded her of a basset hound's - loyal and true.
"Julie." She looked towards Vincent standing on the deck. "Jean-Marc's on the phone. Shall I take a message?"
"No, I won't make him suffer. He has few hairs left to pull out of his head." She took the cell phone and sat on a deck chair. "Hello, Jean-Marc."
"How's the knee?" he asked. As always, Jean-Marc, Artistic Director, was direct to the point.
"Better."
"Have you been following your doctor's orders?"
"Yes, all I've done is sit on the deck, stare at the ocean and get fat. We leave this afternoon, and if the doctor says everything's okay, I'll be back on Tuesday. Sound good?"
"Great. Bye."
She placed the cell phone on the table, and the other hand slid down to her knee. Two weeks ago, it was grotesque and painful. During a simple rehearsal, Julie posed in an elegant arabesque held tall on her pointe. Her leg was lifted high above her head, back arched, and her arms suspended in the air, as if frozen in time. Until she collapsed on the floor.
At first, only her dignity was hurt. Then the pain shot from her knee to her brain. The doctor said she was lucky there was no serious damage He urged her to take a vacation to let the knee mend.
Julie gazed out at the ocean, listening to the waves splash against the shore. Had it really been that long ago? Five years since she'd left her friends, her family and the longhaired, scruffy guy who snuck his way into her heart. Notorious gang member or not, he still portrayed a sense of vulnerability and innocence. Then in true gang style, he stabbed her heart - figuratively. She shook her head. "No, don't think of him." 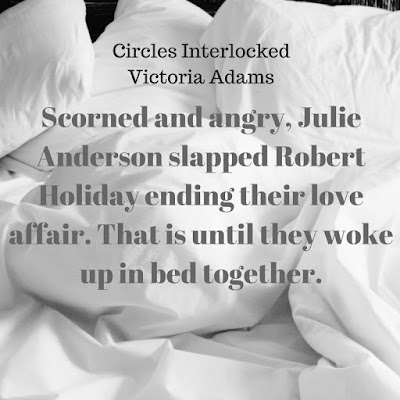 Circles Interlocked - Having been betrayed by the man she assumed she was destined to be with forever; Julie Anderson slapped Robert Holiday in an angry ending to their brief love affair. Heartbroken that her love affair didn't end with the fairy tale Happily Ever After, Julie leaves town to pursue her dream of being a dancer. As fate has a curious sense of humor, eight years later, they wake up in bed together. Now it is up to love to fix what time cannot mend. 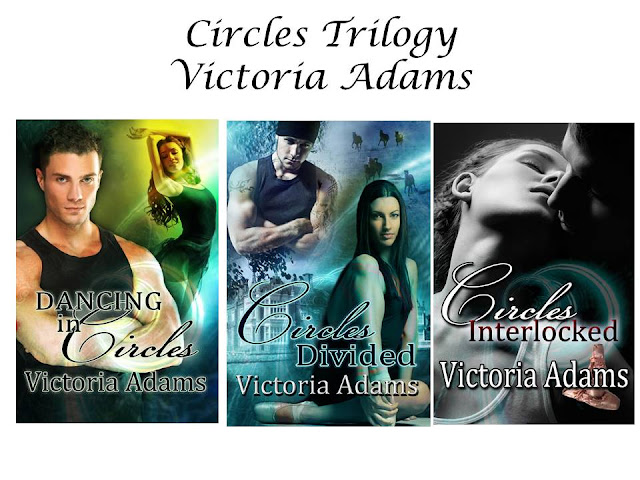