Lies, deceits and secrets - not a good way to begin a relationship. Victoria Adams' A Guy and A Girl #hockeyromance #NA #romance 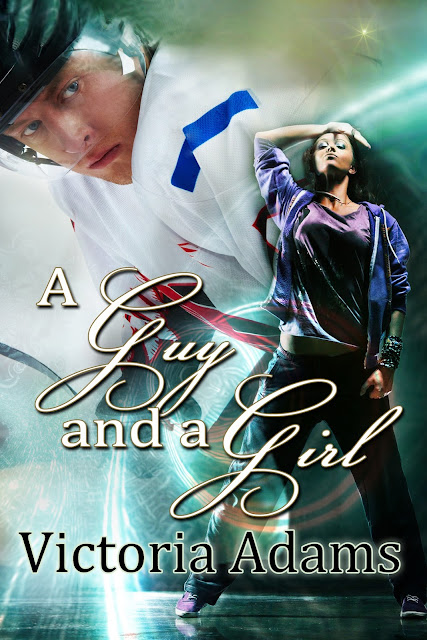 A Guy and A Girl - opening scene

"Chelsea." Kendall nudged her friend in the ribs. "Is that one of your dad's guys?"
"Who? Him? No way. He's just a hockey wannabe. Ooh. Check the two getting out of the cab." Chelsea giggled. "I love the day before training camp starts. It's guy heaven."
"Shift your eyes right." Kendall placed her finger on Chelsea's chin and pushed. "Check the butt on that one."
The male object of their fantasies reached into the trunk of a cab, turned, and dropped a huge equipment bag on the ground. He shifted and pulled out a smaller duffel bag, which he slung over his shoulder. After tossing money to the driver, he hoisted the first bag onto his back and headed into the building.
"Oh my." Chelsea blinked. "I can just see the report on that one. Over six feet tall, weighing in at some solid heart-melting weight. This player is best known for his scoring and seduction of the coach's daughter."
"Has your dad, even once in all the years he's been Vipers' coach, let you near a player?"
Chelsea winked. "There's always a first time, and no time like the present." She headed towards the main entrance. "Let's go."
Hooking her fingers onto the belt on Chelsea's jeans, Kendall pulled her back. "You mean in there? Your dad'll kill us if he catches us. And if he doesn't then my mom will."
"Kendall, keep the vision of that guy's butt in your mind and follow me." Chelsea grabbed her friend's wrist and pulled her towards the arena.
After passing through the long hallways decorated with photos of hockey teams and coaches, Chelsea eased the conference room door closed while her father stepped up to the podium.
"Welcome to the Vipers' summer training camp. I'm Coach Henderson. I'll be honest with you all. Camp's going to be tough. Not a walk in the park. Break a rule, can't handle the pace, don't…"
Tuning out her father, Chelsea surveyed the assortment of future hockey hopefuls. She bit her lip and poked Kendall in the ribs. "There. Cute-butt's sitting next to the exit." Could a guy get any hotter?
"Oh, I think I'm in love. Cute-butt and smexy." Kendall giggled.
"Ssh." The team physician, Doc Johnson, waggled a finger at the girls.
They refocused on Chelsea's father. "This is John Foster." He paused while a man walked on the stage next to him.
"He'll go over the rules, housing arrangements, practice schedules, training workouts. In other words, your life for the next two months. Next will be Doc Johnson. And lastly, Marjorie Rivers."
Kendall smiled at the mention of her mother's name.
"She's our publicist and will be talking about photo day and team promotion. Mid-May the Vipers arrive and then the real work begins. Good luck, gentlemen. I leave you in John Foster's capable hands."
As John handed out booklets, Coach Henderson walked to the back and stood next to his daughter and her friend. "Checking out the new recruits?"
"I must say, Mr. Henderson, you've got some prime beef here." Kendall smiled. "I wonder if I can talk Mom into doing shirtless shots on photo day?"
Chelsea's father shook his head. "This is not a stable for you to pick a stallion from." He herded them to the door.
"Oh, but Dad, we just want the basics. You know, goals scored, assists, telephone numbers, married or available?" And anything else you got on Cute-butt.
"Out. Out. This is serious hockey business. Wait in my office. Grab some food on the way up. I don't want you two in the room with thirty young hockey players." Before Chelsea replied, her father shut the door.
"He never lets me have any fun. Someday he's gonna have to realize I'm not eight anymore."
"Think about that, Chelsea. He knows you're a girl and you aren't eight. There's no way in hell he's going to let you and thirty hormone-stuffed male hockey - ooh!" Kendall pulled on the front of her t-shirt, cooling herself. "Is it getting warm in here or is it me? Girl, there's enough fantasy material in that room to keep me hot all summer."
"And probably half the winter." Especially if I could play with Mr. Hottie. "Let's get some food."

Lies, deceits and secrets - not a good way to begin a relationship.


After an ugly past forced Hunter Connolly to escape to Europe, the talented hockey player is back in North America and determined to land a position with a professional team. But he can’t hide from his past forever, especially when his beautiful classmate, Chelsea, forces him to reexamine his life. Soon, hockey is not his first priority anymore.
Chelsea Henderson is a bright co-ed working towards her dream of being a professional dancer. She forms a unique friendship with one of her father’s newest recruits and would love nothing more than to take it to the next level. However, there’s just one small problem. He doesn’t know she’s his coach’s daughter.
Amid the deceptions, danger lurks closer than they could ever imagine. Will fate contrive to rip the young lovers apart? Or will Hunter and Chelsea have their shot at love? 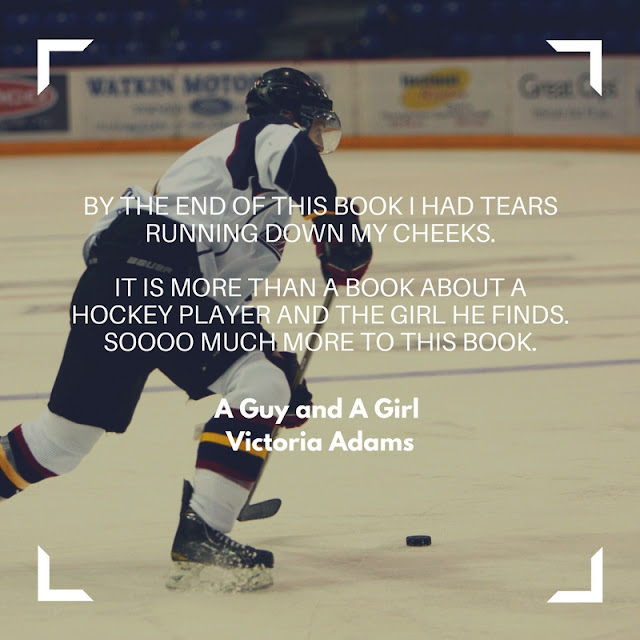