Today, I am showcasing a snippet from my hot billionaire romance – Two O’clock with the Billionaire.

After two coffee cups and a large silver coffee pot were deposited on the table, a tray of small sandwiches and desserts was placed in the center. The waitress filled their coffee cups with a heady smelling brew. When she left, Arianne answered Caroline. “Derek’s unhappy with his position.”
“He’s the head of a powerful international conglom—”
Arianne waved her hand. “I know all that and so does he. But he’s only twenty-eight and he’s been doing the job since he was twenty-four. He’s not ready for the role. He’d be happier if he were vice president. Fewer responsibilities.” The coffee filled Arianne’s mouth with its intense flavor. “Mmm. This is excellent. He bought the company to prove himself and to keep you in the luxury you’d become accustomed to. And now he’s stuck. The idea of chucking it all and going native—like his father—appeals to him.”
“Davenport men. They care too much and burn out too quickly.” Caroline put down her coffee cup and wiped the corner of her mouth with her linen napkin. “A straight answer please, do you love my son?”
“Yes.”
“Are you the reason he left Kelli?”
She shook her head. “No, I don’t think so. When I met Derek, he was looking for someone who wasn’t…a socialite. He’d been hurt and was angry. I couldn’t believe he was interested in me. He’s good-looking, smart and rich; what every girl dreams of. But as I got to know him I didn’t want to marry him because he was a prize.” Arianne bit into a tiny cucumber sandwich, swallowed and said, “I got to know the real person. He let me take a peek. He’s actually two people. Mr. Davenport runs a multinational company. Derek likes to stay home and scarf pizza while watching a hockey game.”
“Do what?” asked Caroline. “Scarf a pizza?”
Arianne explained the term then sipped some coffee. “Derek’s already said we can only be friends. He explained how I wouldn’t fit into his society. I’ve accepted that.”
Caroline moved her chair next to Arianne’s. She placed her hands near Arianne’s cheeks. “May I?”
Arianne nodded.
“Tell me my son’s name?”
“Derek Davenport.”
She moved her chair back. “Yes, he’s right. You wouldn’t fit into our society. You’re too earthy and you wear your heart on your sleeve. Many of us would stab that heart. Some would do it to your face. Others, the truly wicked ones, would do it behind your back. Now, onto the second part of your statement, you have not seen or heard from Derek for a while. As far as I know, he’s been in town the whole time. Did you expect to see him?”
Arianne kept the truth to herself. “Yes, he stood me up. No explanation." For the past three Mondays, she’d received a message with a check - Can’t attend. Derek. A simple message, but not very informative.
Caroline sipped her coffee, lost in her thoughts. “I want the truth of how you met my son.”
Arianne shook her head. “That’s private between us. I think it would be very wrong of me to tell you. At least not without discussing it with Derek first.”
“You call him Derek. At least you’re not a company secretary. I’d hate for him to fall in love with one of them.”
A puzzled look crossed Arianne’s face. “Why do you say that?”
Putting down her coffee cup, Caroline said, “Because he’s in love with you.” Arianne started to speak, Derek’s mother waved her hand to silence her. “I’m his mother. I know he does. His pupils dilate when he says your name. If he’d said anyone else’s name, nothing would have happened. He’s in love with you, although he may not have admitted it to himself yet.”
Arianne tilted her head to the side. “Davenport stubbornness?”
Caroline smiled. “He is his father’s son. He may look like me, but he has his father’s personality. I will allow you to continue your relationship with Derek. But if I find you…let me rephrase that. I will shred you into little pieces if you break my son’s heart.”
A cold chill shuddered down Arianne’s spine. She knew Caroline wasn’t joking. “Understood.”
“I’m not sure I like you, but if Derek has lost his head over you I will let the affair run its course. You’re probably a temporary affection. Although, he does not lose his heart easily. I will give you a chance, but expect no help from me.”
“But you won’t get in my way?” 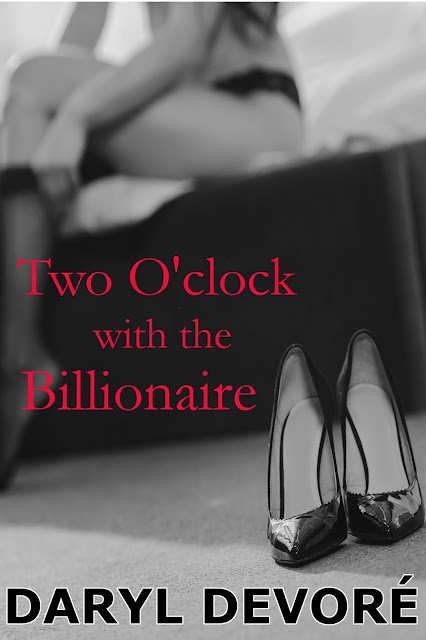 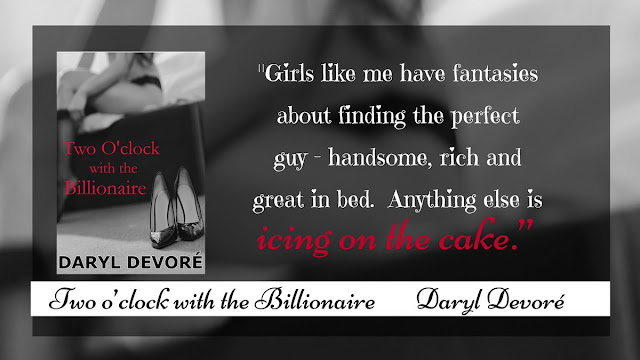